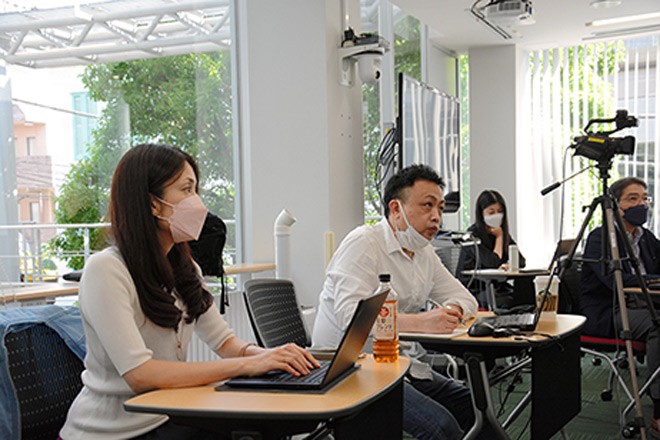 Consulting firm employee Misuzu Mukae began worrying about her job skills in her mid-30s, so she decided to take action.

To “update” her knowledge and connections, Mukae enrolled in the Graduate School of Project Design last year near Omotesando Station in Tokyo.

She’s one of many people with full-time jobs who are flocking to graduate schools and other institutes for recurrent education and reskilling.

It had been recommended on many occasions that individuals who have professional careers should receive retraining at specialized facilities.

An industry insider noted the latest boom is different from those in the past, although it is still unclear whether the practice will become the norm.

After Mukae graduated from college, she began working at a consulting company. She gave birth to two children in the first half of her 30s.

Mukae tried to do well both in child-rearing and work, pursuing how to “produce results as efficiently as possible.”

As it was difficult for her to serve as a mother, company employee and graduate student at the same time, she quit her office job last year to concentrate on her studies. Mukae found a post in another enterprise this year and is working while attending school.

Mukae said the graduate school is not only a place to obtain knowledge. Considering business plans urged her to review her thoughts about what “happiness” and “richness” are like.

“Recurrent education has resulted in my reflecting on myself,” said Mukae. “It gave me an ‘engine,’ or inner motivation for work.”

One Saturday in early June, eight graduate students, who are working at companies and elsewhere, were taking a class at the Graduate School of Project Design.

They presented their business ideas, such as local revitalization using sake, contribution to schools’ club activities plagued by the lack of coaches and career support for women who are rearing children.

The students received advice from their academic adviser and classmates.

The graduate school opened in 2012 and offers classes on weekday nights and Saturdays, rendering it easier for full-time workers to attend the school.

Students are supposed to learn about fundamental topics involving marketing and concept development in their first year in the academy’s master course, while master’s theses should be worked out in their second year to detail their business plans.

Over the course of 10 years since its establishment, a total of 466 people from a range of fields have finished their coursework at the Graduate School of Project Design. Among these are, for example, a company employee, doctor, retired pro baseball player and local municipality official.

Its graduates have reportedly started new projects within their companies or founded their own corporations.

“A growing number of graduate students are showing up to change their lives in the stifling ambience of this era,” said Risa Tanaka, president of the Graduate School of Project Design. “The need for recurrent education is increasing.”

Recurrent education has been growing in popularity at private facilities as well as universities.

According to Yano Research Institute Ltd., the market for recurrent education is forecast to be worth 49 billion yen ($360 million) in fiscal 2022, compared with 40.8 billion yen in fiscal 2018.

“A strong wave of recurrent education is emerging among full-time workers,” said Kenshiro Mori, 35, president of Schoo Inc., which was set up in Tokyo in 2011 to offer training programs via the internet.

Mori said there had been three waves of recurrent education fever. The first occurred in 2011, when online lecturers won over many students globally at colleges primarily in Europe and the United States.

The second boom was reported as the fusion of information technology and education was promoted between 2014 and 2016. With more people expected to live to be 100 years and older, recurrent education gained popularity for the third time around 2017.

“They (all the booms) quieted down quickly,” said Mori.

Mori stated the wave this time differs from those in the past, although he described the reason as “somewhat sorrowful.”

In Japan, where there was an established tradition of companies ensuring lifetime employment for its staff members, only a fraction of working individuals was positively inspired to seek advanced education in the hopes of earning a higher income and securing a better position elsewhere.

But the increasing globalization has made it difficult for many enterprises to maintain the lifetime employment system. Meanwhile, the need for digital transformation was made apparent by the novel coronavirus pandemic.

“People currently have to compete with AI (artificial intelligence) and robotics,” said Mori. “Not receiving education works against improving or maintaining their annual incomes, which creates the need.”

As employers are facing intensified competition to lure personnel with expertise on digital transformation, businesses regard it as “essential” to develop such human resources inside in lieu of hiring outside specialists.

“An inevitable wave of recurrent education is looming,” Mori noted, adding that Japan lags behind other nations in retraining for full-time workers.

“Accelerating recurrent education is indispensable at least for Japan to retain its current position,” he said. 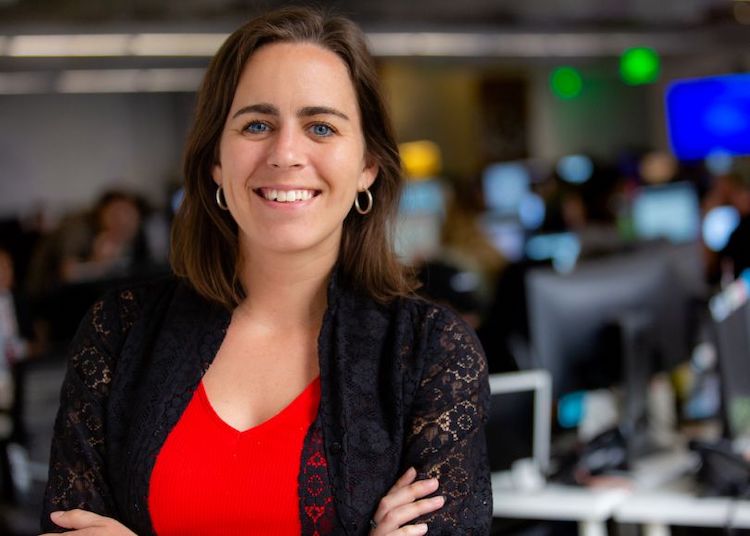